Other Pages in this Section
Home / 2016 International Education Award Winners

This award recognizes the long-term contributions made and the
far-reaching impacts realized over a career of commitment to
BC’s International Education sector. 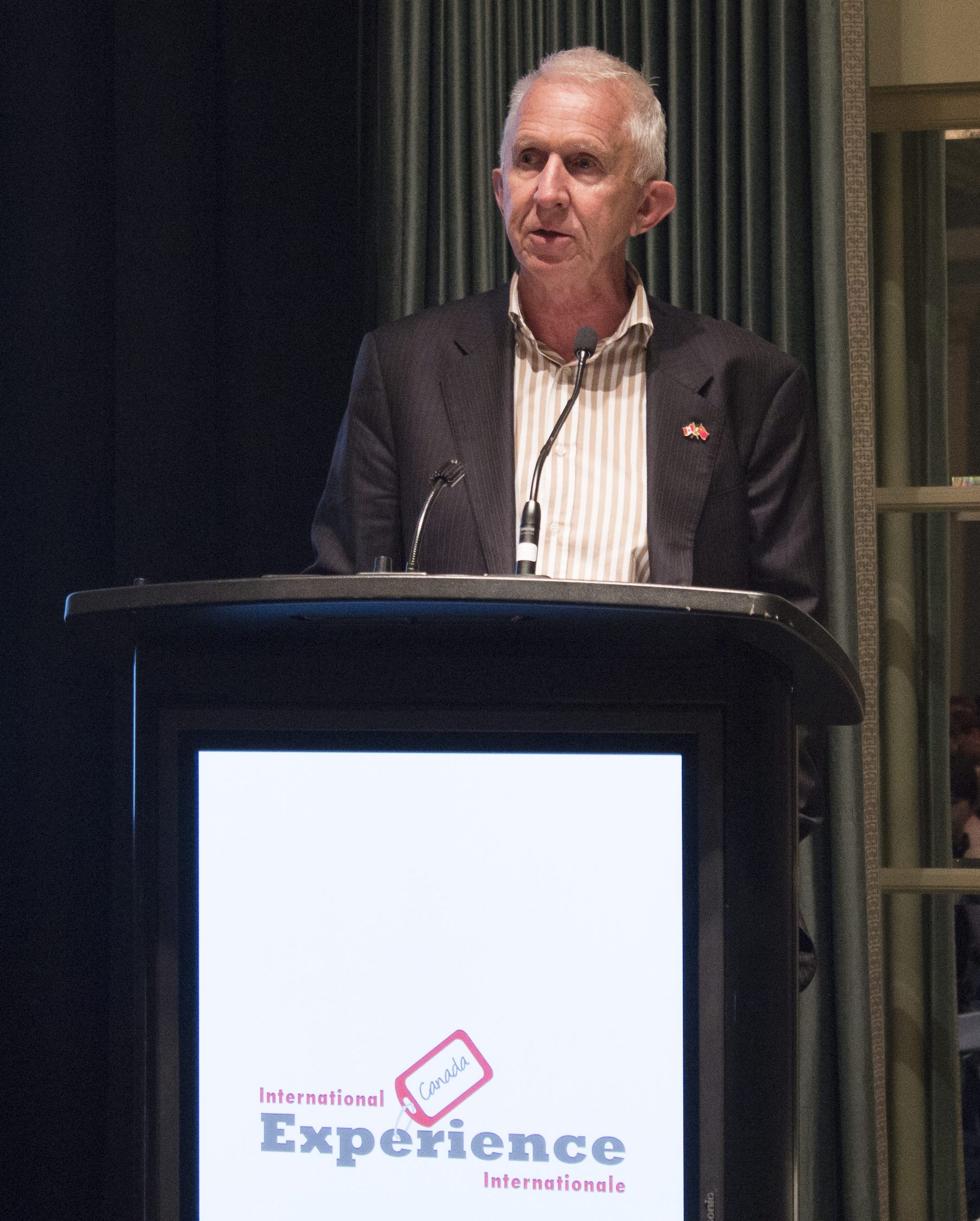 This year’s winner for the International Education Lifetime Achievement Award goes to Jim Clark, Chairman and Owner of the Canadian College of English Language and Smrt English.

Jim Clark graduated from Massey University in New Zealand with a BSc degree and then worked as a teacher and Principal in New Zealand and Canada until 1990. In 1991, he opened the Canadian College of English Language in Vancouver. Since then Jim Clark has opened colleges in New Zealand, the U.S. and Canada and has also partnered with numerous universities and colleges internationally delivering English and Career Preparation programs. Jim has been involved in numerous academic organizations, the Private English Language Schools Association of Canada (as a President), Languages Canada (as a Founding Member) and AILIA Language Industry Association (as a Board Member), and he has taken part in federal and provincial symposia, delegations and conferences as a facilitator and presenter. He has been recognized for his significant philanthropic endeavors in Canada, the U.S. Indonesia, Ukraine, Syria, Gaza, Japan, and Brazil.

Jim heads the family business aided by his two sons Lane and Jeremy.

This award recognizes tomorrow’s leaders, our up-and-coming talent, and the next generation of leaders and practitioners in the field of International Education. 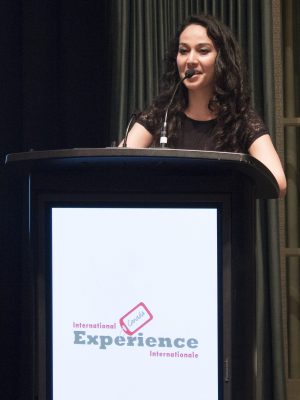 With 10 years of work experience in complex marketing environments, Yalda has spearheaded the international digital footprint of VIU which today has international representation from 88 countries. As the VIU International Communications Coordinator, she has managed and monitored hundreds of digital marketing campaigns from inception to completion. These include WorldVIU International, the MBA program, and The High School at VIU.

Under Yalda’s leadership, WorldVIU’s digital presence has risen to the second highest in international among comparable BC institutions. Since launching its presence on Facebook, Twitter, Instagram, Google Plus and YouTube in June 2015, WorldVIU has engaged with over 500,000 students and garnered a reach of 5 million on Facebook alone.

Yalda has several years of cross-cultural experience living and working with different nationalities, has traveled to 10 countries and speaks 5 languages.

This award recognizes excellence and success in support of the education export sector in British Columbia and the marketing of our world-class education system.

This year’s winner of the Award for Excellence in International Education Marketing Award is the Marketing and Recruitment Team at Fairleigh Dickinson University, Vancouver Campus.

Under the leadership of Amy Yan, Director of Marketing and Recruitment at Fairleigh Dickinson University (FDU) Vancouver Campus, the team has been working relentlessly to promote FDU and FDU Vancouver Campus to international markets. They have succeeded in bringing to the university high-quality students from over 70 countries and boosted enrollment from 68 to 800 students in five years.

The Marketing at Recruitment Team at FDU has gone beyond traditional marketing practices and worked their unique way of searching for talented students in all the corners of the world and provided excellent personalised student care, while ensuring the array of different cultures on campus are recognised and appreciated.

The team believes education can make a difference in people’s lives and is dedicated to promoting BC education. Being one of the private, not-for-profit institutions in the public-oriented system in BC, the team’s dedication in promoting global education focuses on quality learning and ensuring BC private education is a reputable avenue for prospective students from across the world.

This award recognizes the unique and important accomplishments and contributions of an international educator or member of the community who has effected change and leadership in the field of International Education in a senior leadership position or in service, whose work has had a lasting impact. 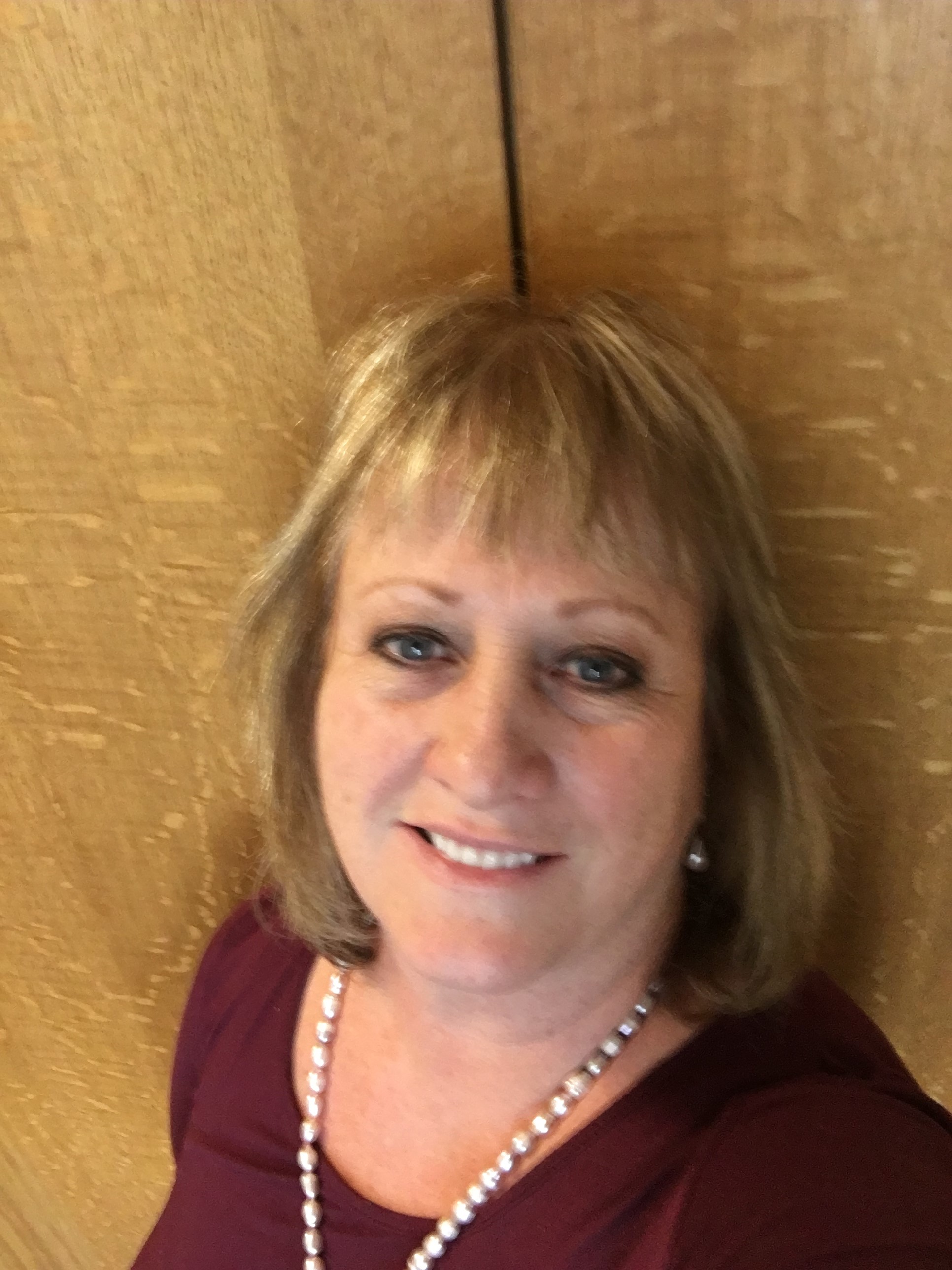 Sandy helped grow the semester and full-year International Program at Kootenay Lake, a community of only 10,000 people, from 15 to over 133 students. In 2013, she became IPSEA president with the vision to work collaboratively with BCCIE and the BC Ministry of Education to build bridges and collegiality that would ensure BC's strong presence in the world through quality programing and homestay guidelines. In 2014, she completed a district-wide review of the international program with multiple stakeholders.

She is currently working closely with the Ministry, Selkirk College and three other IPSEA colleagues to pilot the provincial Board Authority Authorized (BAA) Global and Intercultural courses for domestic and international students, with roll-out planned across BC.

This is awarded to an institution, district or program to recognize high quality and highly creative programming in International Education.

This year’s winner for the Outstanding Program in International Education Award is the University of Victoria Canada-EU Co-op (CANEU-COOP).

The CANEU-COOP is a partnership between the University of Victoria, University of Waterloo, Baden-Württemberg Cooperative State University (DHBW-Germany), FH Joanneum University of Applied Sciences (Austria) and several multinational companies in Germany and Austria. Since its inception in 2009, 215 students have participated in this program, with European students coming to the Canadian institutions for academic terms and Canadian students completing paid, co-operative education work terms at multinational companies in Europe. This program has successfully continued to contribute to the development of employability skills for students from all partner institutions. It has also provided European companies the opportunity to recruit bright young students from top Canadian universities, thereby enabling them to globalize their workforce.

This award recognizes the unique and important accomplishments and contributions of an international educator or member of the community who has effected change and leadership in the field of International Education in a senior leadership position or in service, whose work has had a lasting impact. 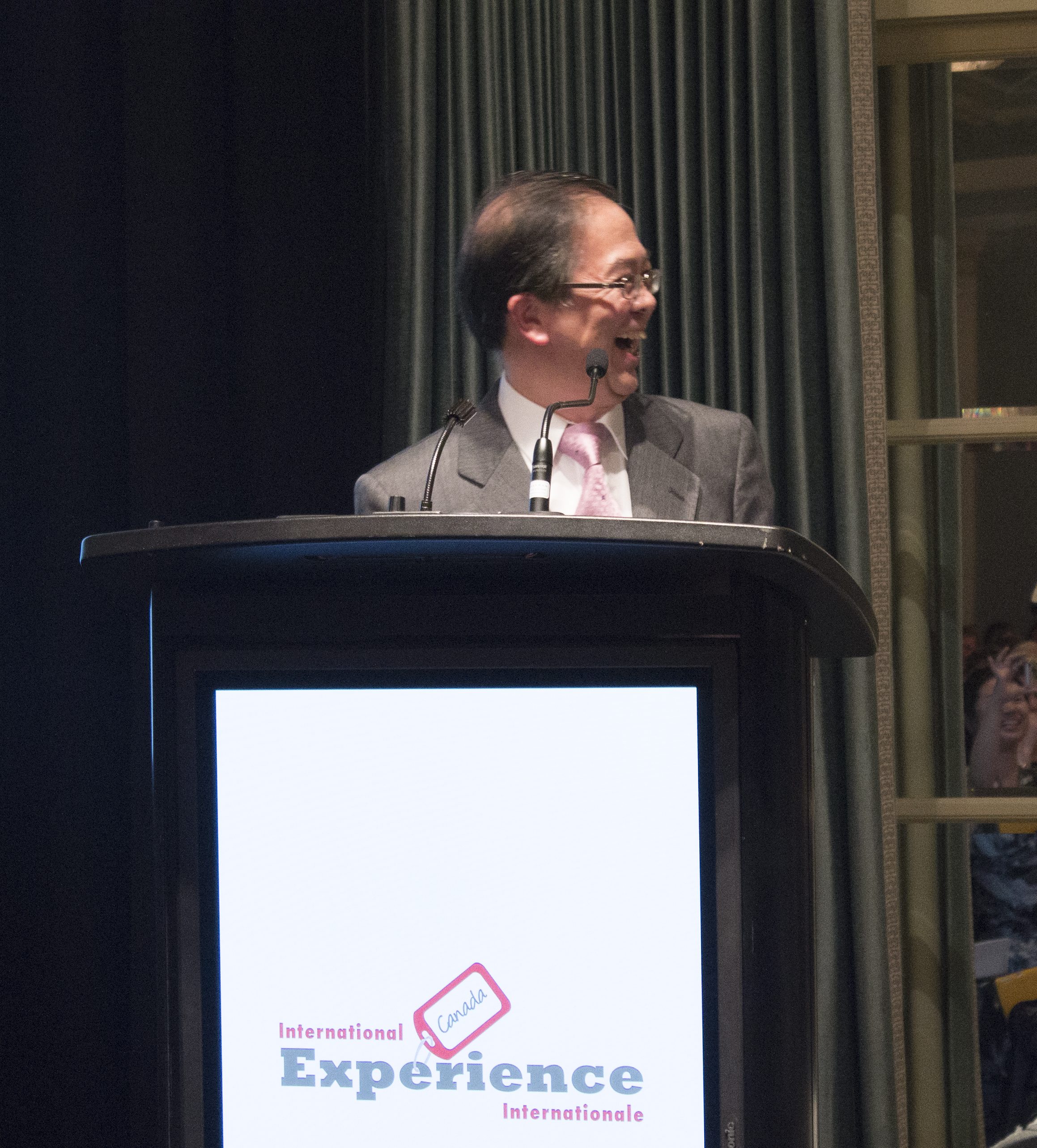 Alvis Tsui was born in Hong Kong. He began his career in International Education recruitment in 1982 working in Hong Kong for a company called IES. In 1983, he became owner of the company which he named FSS, and began work providing student recruitment services to a limited number of BC post-secondary institutions when they first started their pioneer recruitment activities. Cariboo College, Seklirk College, Okanagan College, Malaspina College, East Kootenay Community College and Coquitlam College were on Alvis' first-year listings.

Over the last 33 years of Alvis' career, he helped recruit over 10,000 international students to BC.